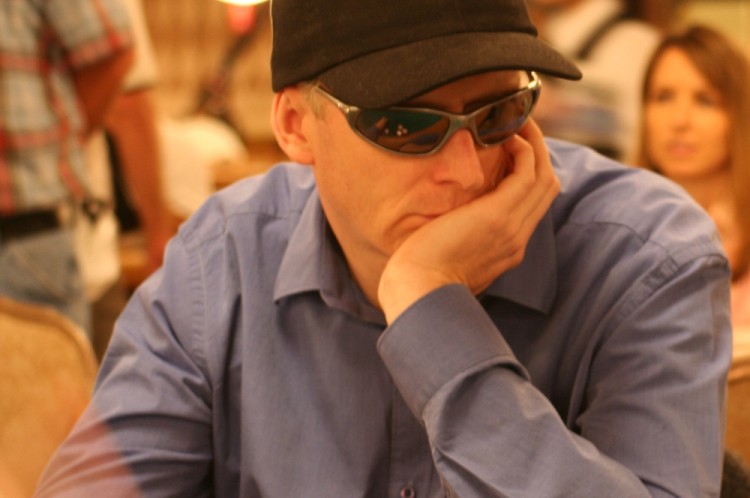 Dave Colclough, 'one of the good guys', dies aged 52

Dave Colclough
We are deeply saddened to hear of the passing of Dave "El Blondie" Colclough who died of cancer on Tuesday aged 52. Colclough, a co-founder of the mould-breaking BlondePoker online poker community, was a European Hall of Famer and hugely respected in the industry - both for his professional skills as a player and his gentlemanly demeanor both on and off the felt.

Colclough rose to fame following appearances on Channel 4's seminal Late Night Poker TV show and enjoyed regular live tournament success throughout the early years of the millennium. Colclough amassed more than $2.6 million in live tournament winnings over his 20+ year career and is ranked #2 on the Wales all-time money list.

For many years – and at a time when British players were a truly dominant force in European poker -  Colclough was regarded as one of the country’s greatest players, especially in Omaha. His first big scores came in 2000 when he was runner-up in the $2k PLO event at the World Series, and seventh in the $2,500 PLO event. Those successes convinced him to give up his day job as an IT consultant and turn pro – with outright victory coming only a few months later when he won the $1,500 NL event of the European Poker Classic in London. A brief venture as a nightclub owner didn’t pan out so in 2002 he returned to poker fulltime and swiftly returned to form, cashing in some 20 tournaments. The following year, he had another 33 cashes or final table appearances, including runner-up at the WSOP $1,500 Limit Omaha event – propelling him to the #1 spot in the European rankings and winning him the title of European Player of the Year.

In 2004, he cashed in 18 events including making the final of a WSOP event and winning the European Poker Championships in London. He also finished sixth at the WPT Grand Prix de Paris. In 2005 he was recognized for his outstanding poker achievements and inducted into the European Poker Players Hall of Fame.

Colclough, who co-founded Blonde Poker in 2004 but left the company after two years, had largely disappeared from the European poker scene in recent years after relocating to the Philippines. However the huge number of tributes on social media over the last few days, and pages of posts on blondepoker, show just how big an impact he made on the game and how warmly he was regarded by players and industry staff far and wide. His untimely death is particularly painful for British players who are still mourning the passing of another UK poker legend, Dave “Devilfish” Ulliott, who died last year.

Post script: Dave Colclough has been interviewed many times over the years but two excellent articles can be found on PokerListings and on blondepoker itself. In 2007, Adam 'Snoopy' Goulding, then a blondepoker blogger, wrote: “Dave Colclough is one of the most successful British players in the game and is broadly considered to be among the top Omaha players in the World. Immaculately behaved at the table, Dave is a silent assassin of sorts, fully focused on the game and task ahead with acute observation being one of his most enviable skills.”

Fraser MacIntyre wrote: "I am deeply saddened to hear of Dave’s passing. It was always a pleasure to be in Dave’s company at events on the tour, both on and off the felt. He loved finding new places to travel to, and new games to beat, which he usually did! I specifically remember trips to the Caribbean and Marrakech where the poker was good, and the partying was great.

"Despite him having spent the last few years in the Philippines, we kept in contact, and he was always in good spirits regardless of the circumstances in which he found himself. He will be greatly missed by many."

Jen Mason, former blogger for Blondepoker, said: "It was Dave who sent me to cover my first World Series in Vegas. I went there without any credentials and had to base myself on a sofa outside the media room. The very first piece I did was about a heads-up between him and Tony Bloom. I still have my blondepoker uniform. Very sad news."

Poker journalist Shelley Rubenstein wrote: "Truly devastating news. Dave was one of the nicest people in poker and always a pleasure to interview. I was fortunate enough to spend many happy hours with him discussing his colourful life when he asked me to co-write his autobiography, which we sadly never finished."