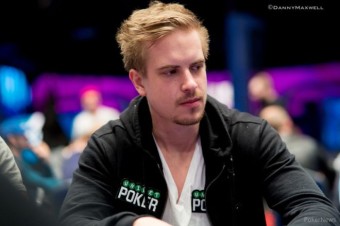 Unibet Open London is back at The Poker Room next Thursday - and hoping to break records for the £990 Main Event. Among the star players set to compete is online legend Viktor “Isuldur1” Blom. The Swedish high stakes pro is taking part in a bunch of tournaments including two special £10k invitational freerolls involving Unibet Ambassadors and Unibet-sponsored eSports players. Both “Battle Royale tournaments both take place this Wednesday, the day before 1a of the Main Event, and will be live streamed on Twitch from 1pm.

The schedule features 11 different tournaments including a two-day £2,020 High Roller. £165 Turbo Bounty tournament, £110 NL Freezeout and £330 Unibet Open Deepstack. MainEventTravel.com has lots of great hotel options near the Vic including the Marriott next to the Vic and the luxurious Hilton Metropole near Edgware Road tube station..

This will be Unibet’s sixth visit to London and, if the last two events in the capital are anything to go by, it promises to be a huge success. PokerStars Festival London attracted a massive 944 entries and there were 435 entries for GUKPT London. Last year’s event attracted 418 entries generating a £459,800 prize pool. British player Dave Shallow took it down for £62,000.

Unibet Open London runs February 23 – 26 and will feature a ton of fun off the felt as well as an action-packed poker schedule. The Welcome Drinks on February 23 is at the Grand Union Bar Paddington and there’s also a Players Party at The Loop Bar in Mayfair on Saturday, February 25.