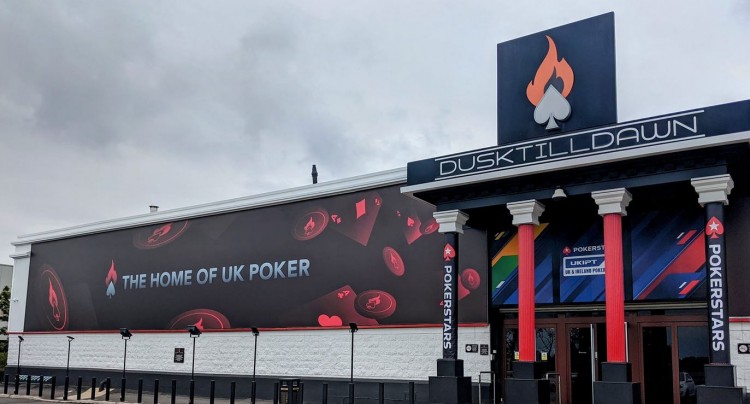 UKIPT Nottingham kicks off this Saturday

The UKIPT will be continuing its hugely successful revival this year with a massive festival starting on Saturday at Dusk Till Dawn, the UK’s largest poker room.

With 15 different tournaments on the schedule, there’s a lot for players to choose from in Nottingham and other festival highlights include the UKIPT Mini, a £230 Pot Limit Omaha Double Chance tourney, a £230 NL Knockout and a £1,100 NL 6-max.

The UKIPT, which was first held in 2009, was a mainstay of the European poker calendar for many years. Some of the biggest names in poker cut their teeth on the tour and past champions include Irish legend Padraig Parkinson, Nick Risk, Max Silver, David Vamplew, Sam Razavi and Ludovich Geilich.  In 2016, the tour went on a protracted break but has made a very popular return this year with events in London, Dublin and Malta.

Among those who are due to attend UKIPT Nottingham is British player Gary Whitehead who is just back from a highly successful sojourn at the WSOP in Vegas. The Barnsley native scored his biggest ever live cash while in Sin City – with a runner-up finish in the WSOP $800 Deepstack event for nearly $170k. He said: “I had a very good WSOP and the highlight was reaching the final table of a Bracelet event. The feeling was absolutely incredible and to then reach heads up was something every poker player dreams of. I was gutted not to win the bracelet but it’s an experience I will never forget.”

UKIPT Nottingham certainly has a lot to offer poker fans. Not only will there be a wide range of poker tournaments on offer but there is also plenty of fun promised off the felt as well. Along with the busy poker schedule, there will be an exciting go-karting competition, tons of merchandise and giveaways, VR games in the PokerStars Players’ Lounge and much more.

The first event of 2022 was a hugely successful festival at The Hippodrome Casino in London. British player James Rann took it down for £86,569 after fending off competition from the likes of Alexios Zervos, Julien Sitbon, Kully Sudhu and November Niner Antoine Saout.

The revived tour then headed off to Ireland for UKIPT Dublin in May. The Main Event attracted 320 entries with Scottish poker legend Niall Farrell snagging his first UKIPT trophy along with €54,940 in prize money. Farrell’s victory also followed a near-win in the UKIPT Dublin High Roller a few days earlier when he finished third for €14,910.

After Dublin, the UKIPT joined forces with the Estrellas Poker Tour for the new PokerStars Summer Festival in Malta in June. Bulgaria's Zlatin Penev became a live poker tournament champion for the first time after besting the 815-entry field for a gigantic first prize of €144,630.

PokerStars will be back in Nottingham next month with one of 13 “Road to PSPC” events being staged this year in the run-up to next January’s PokerStars Players NL Hold’em Championship in the Bahamas. The winner of the £340 Nottingham tourney, which is running August 26-29, will receive a $30k Platinum Pass to the PSPC which includes the $25k buy-in, six nights’ luxury hotel accommodation and $1,900 in cash towards expenses.