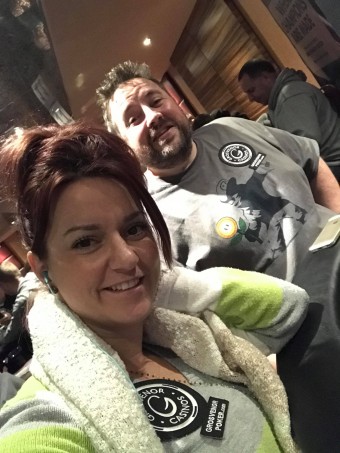 Among those set to compete are Grosvenors Ambassadors Katie Swift and Jeff Kimber, as well as 2017 Passport winner Andy Hills and MainEventTravel.com's Fraser MacIntyre who has just enjoyed back-to-back cashes at the PokerStars Festival London: 18th in the High Roller and 44th in the Main Event.

The GUKPT Is reconvening in London after a sensational Grand Final there in November when one of the biggest fields in GUKPT history turned up. Ahmed ‘Lella’ Abdella beat Jamie ‘Boz’ O’Connor heads up for the title of Grand Final champion and a £89,000 first prize.

MainEvent Travel sponsors the GUKPT all in triangles so do look out for them on the live streams from GUKPT Season 12. We have loads of hotels near the Vic so do check out MainEventTravel today. 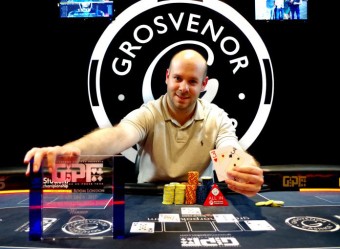 The last GUKPT London attracted a staggering 449 entries, a record for a GUKPT £500 event. The turnout also beat the 2017 GUKPT London £1k season opener in January which attracted 435 entries.

The MainEventTravel-sponsored all-in triangles saw plenty of action on the final day of the event which lasted a grueling 15 hours. Winner George Alexander from Whitechapel was short-stacked early on but finally took the lead at 1am. He won a career-best cash of £50,000 with the £224,500 prize pool shared by 44 players in all.

Grosvenor Casinos welcomes poker enthusiasts from all across the UK for a week of fun poker action at the GUKPT London festival. As well as the packed schedule of satellites and tournaments, there will be plenty of cash games on offer. The GUKPT is the longest running poker tour in the UK and will host nine events right across the UK during Season 12.