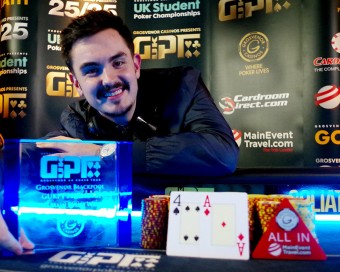 The next GUKPT is the London Grand Final starting next week - so bag your accommodation now. We are the Official Travel Partner for the GUKPT tour and have lots of options near the iconic Vic Casino.

The £87,280 first prize was by far the biggest of Corbett’s live poker career and takes his live tournament winnings to nearly £200,000. In 2015, he won the Grosvenor 25/25 series in Blackpool for £16,685. Corbett is a GUKPT regular and has also cashed in Bolton as well as at the Goliath in Coventry. He said: “The cards just played themselves today. In 2011, I came fifth here and it’s haunted me ever since. This is awesome, unbelievable.”

Among the others who cashed in Blackpool were defending champion Tom Middleton, last year’s runner-up Tom Hall and Grosvenor Ambassador Jeff Kimber. There were 314 entries this year, generating a total prize pool of £314,000. The guarantee was £200,000. 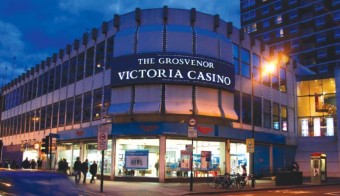 Blackpool was the final leg of the 2017 tour before the GUKPT Grand Final takes place in London next week. The GUKPT has been celebrating its 11th season in 2017 and the GUKPT Grand Final, which comes with a £400,000 guarantee, is taking place November 19-26 at the Poker Room above the Grosvenor Victoria Casino in London’s Edgware Road.

The GUKPT is the longest running poker tour in the UK, welcoming poker enthusiasts from all across the country for a packed week of fun poker action. We are the tour’s Official Travel Partner and has great deals for London hotels so don’t hesitate to get in touch.