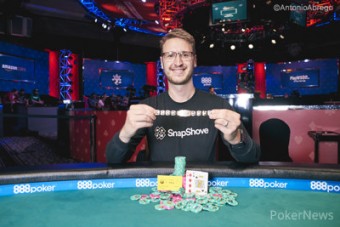 Congrats to Max Silver who has won his first ever WSOP gold bracelet in the $3k Limit Hold’em 6-Handed event.

Silver, who has now cashed three times at this year’s WSOP – including $73,510 for sixth place in a $3k No Limit tourney – said: "I can't really describe it. It's always been a dream for me to win a bracelet. I've come third, sixth, ninth...whatever. It's nice to get the win. I haven't had a big win in a while.”

He now has 25 WSOP cashes to his name and total live tournament winnings of nearly $3.5m. This morning’s win jumps him up two places in the UK all-time money list to #17. His biggest cash to date remains the $432,960 he won after taking down the Aria High Roller two years ago for.