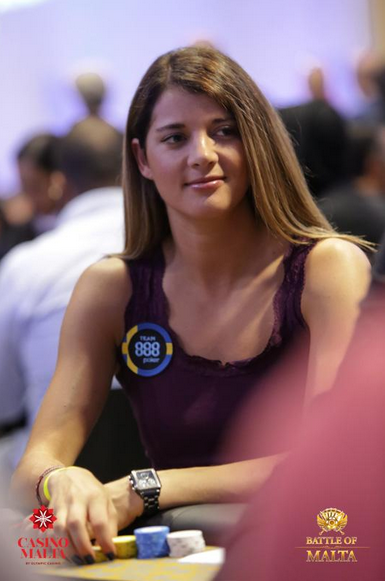 There is no doubt that this year’s Battle of Malta has been a runaway success. With 3,815 players, the €1 million guarantee event at Casino Malta didn’t just top last year’s record-breaking field, it came pretty close to doubling it.

Held in the spacious new venue of the Eden Arena at the InterContinental Arena Conference Centre, the amazing turnout has created a gargantuan prize pool of €1,850,760 with 570 players getting a share, and €300,000 to the winner.

The €1,320 High Roller is also about to kick off and a stellar field is expected to compete. Among those already registered are Scottish pro Gordon Huntly, Battle of Malta charity event winner Paul Jux-Holderness (who beat tennis legend Boris Becker heads-up), 888poker Ambassador Ana Marquez (who was runner-up in the Ladies event last night), Grosvenor Passport winner David Gee, last year’s BOM Main Event champion Nadav Lipszyc, WPT Deepstacks Player of the Year Rex Clinkscales, and his girlfriend Ting Ho, who will no doubt be accompanied by her cute Maltese terrier Wawa Ho.

MainEventTravel has joined forces with Battle of Malta to provide event consultancy and organization services, along with web and social media content. CEO Fraser MacIntyre said: "We are absolutely thrilled to see this year’s event enjoy such extraordinary numbers. It's been an amazing turnout and the atmosphere has been incredible. The Casino Malta team have worked incredibly hard and all their efforts have really paid off. We are very happy to have been part of it all.

"We wish good luck to all those still in the Main Event, good luck to those planning to play the many side events still to come – and thanks to everyone who has attended this year’s amazing Battle of Malta."