Ana Marquez to play Super Stack Spain in May 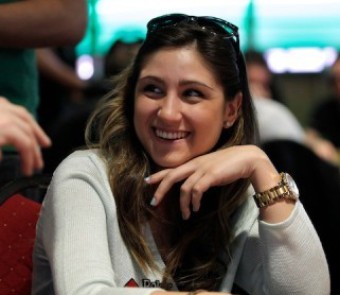 Spanish pro Ana Marquez will be competing on home turf in May when she take part in Super Stack Spain at Casino Torrequebrada near Malaga.

All eyes will be on Ana who is ranked ninth on Spain’s all-time money list and was the 2013 GPI European Awards Leading Lady. The Malaga local was the last woman standing at the PCA in 2011 and has well over $1 million in live tournament winnings. She will now be aiming to become the tour's third female champion - after Maria del Mar Guerrero at Torrequebrada in February and Catherine Ivgi at Super Stack UK last July.

Ana  said: “I’m so excited to be taking part in this amazing Super Stack tournament in the best city in the world, my Malaga!”

The €170 buy-in May runs May 4 - 7 at Casino Torrequebrada. The popular Super Stack® structure gives players a 30,000 starting stack and 30/40 minute blind levels. Four re-entries are allowed per flight with late registration open for the first 3½ hours.

Super Stack Gibraltar is back next weekend with a four-day event running March 16-20. MainEventTravel is Super Stack’s Official Travel partner and has managed to secure an exclusive deal for players to stay onboard the amazing 5 star Sunborn Super Yacht Hotel, Resort and Casino where the event is being held. Players can choose from a range of packages that include the £170 tournament buy-in.