And it’s over! EPT crowns its last champion in Prague 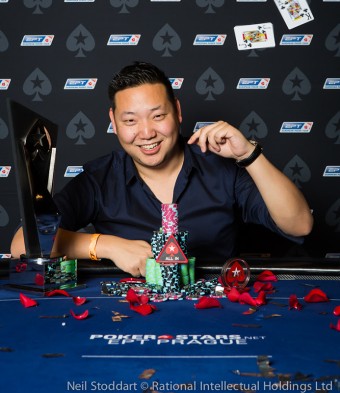 The last ever EPT ended on a high note last night when Dutch poker player Jasper Meijer van Putten took down the €5,300 Main Event in Prague. Meijer van Putten picked up €699,300 along with the title and coveted trophy after beating a record-breaking 1,192-strong field at the tour's 115th and final stop. He said: "For now it's the greatest feeling in the world.” The 29-year-old from Alkmaar cut a heads-up deal with Hungarian pro Marton Czuczor leaving €50,000 in play for the champion. Czuczor secured himself €630,000.

EPT Prague saw the tour’s overall prize pool reach the magical €1 billion mark, generated over 115 stops. PokerStars’ Director of Live Events, Edgar Stuchly, said: EPT Prague was one of the biggest EPTs we have ever held and we now take the step of bringing this popular experience to a global audience with our new PokerStars Championship and Festival events in 2017.”  First up is the flagship PokerStars Championship Bahamas running at Atlantis on Paradise Island from January 6-14 – check out all MainEventTravel’s hotel options.