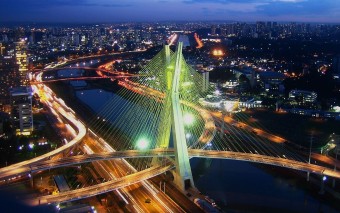 partypoker and the World Series of Poker are joining forces for the first time for the $1 million guaranteed WSOP Brazil in Sao Paulo, Brazil next month.

WSOP Brazil, sponsored by partypoker LIVE, will be running September 27 to October 4 in the spectacular Bienal pavilion in Ibirapuera Park in Sao Paulo. Last year’s inaugural WSOP festival attracted more than 12,000 players with Brazilian; Francisco Moura won the $1,100 buy-in Main Event for $238,372 after beating a field of more than 1,000 players.

We have tons of fantastic hotels within easy reach of the WSOP Brazil venue including Pullman Sao Paulo Ibirapuera and Grand Mercure SP Ibirapuera.

Poker has been enjoying spectacular growth in the Latin American region, and Brazil in particular; more than eight million Brazilians already play poker, with over a million new players taking up the sport every year.

Among those set to compete at WSOP Brazil is partypoker Ambassador Joao Simao. The 28-year-old is one of Brazil’s most successful poker players; he has won over $5.5 million online and more than $850,000 at live events. 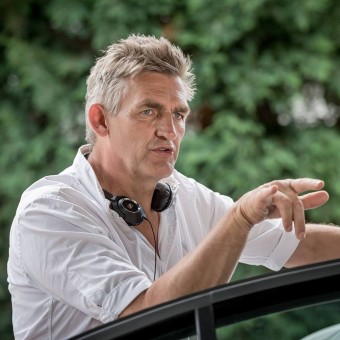 partypoker LIVE President John Duthie said: “No one should miss the chance to compete in Brazil – the atmosphere is just incredible. Brazilians absolutely love poker and have no hesitation in showing it; anyone who has seen them railing one of their fellow countrymen will know what I mean!

"For partypoker to be going to Brazil for the first time with an event as prestigious as the World Series of Poker is just fantastic; we are all really looking forward to it and delighted we are able to give partypoker players the chance to join us.”

The WSOP International Circuit will host a record number of stops as part of its 2017-18 schedule.  There are already 13 confirmed stops lined up, with additional stops expected to be added to the 2018 portion of the calendar.

From now until the end of the year, there are nine great events planned. Starting tomorrow is WSOPC Argentina at the amazing Iguazu Falls (running August 2-8). Following that is Rotterdam (August 25 to September 2).

Other stops this year include Campione (September 1-11), King's Casino in Rozvadoz, (September 28-October 18), the stunning Caribbean island of St Maarten (November 1-15), WSOPC Paris in France (November 17-24), WSOPC Sydney in Australia (Nov 28 – December 18) and Punta Del Este in Uruguay (December 7-17). The International circuit will continue every month through its conclusion in May 2018; events planned for next year include Campione, Marrakech, Rozvadov and Tbilisi in Georgia. Last year the International Circuit featured six different stops on three different continents.