One week to go to Goliath 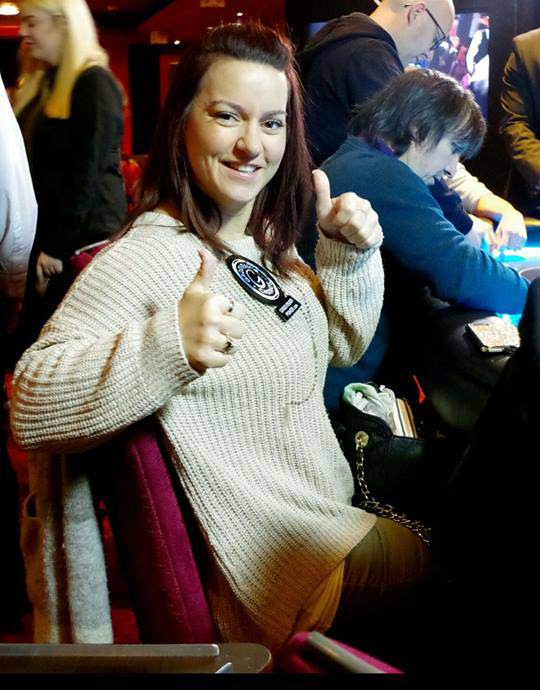 Grosvenor Ambassador Katie Swift is just one of thousands of players who are getting excited about Goliath, Europe’s biggest poker tournament, which starts in one week's time at the Ricoh Arena in Coventry.

We have some fantastic special offers for the final weekend of the Goliath Main Event - check them out here.

The Goliath is a chance for players of all kinds to compete in Europe’s biggest tournament for just £100 + £20. The £250,000 guarantee Goliath Main Event comes with seven start flights and headlines 11 days of rip-roaring action – so get yourself booked in now to avoid disappointment.

Grosvenor Ambassador Katie Swift will be heading to the Ricoh Arena this year for her  fourth appearance at the Goliath and hoping to keep up her 100% cash record at the event!

The working mum from Kent said: "Goliath is my favourite poker festival week of the year and I can’t wait! Nothing comes close and that’s not just because I have a 100% cash record for it. The energy, buzz, and fun atmosphere that the Goliath generates is unique, coupled with the excellent structure and value for poker players, it makes it a tournament not to be missed, really ticking every box!

"I’m especially looking forward to the addition of the Women’s Championship this year and playing the “Jokers Wild” event too."

The Goliath at the Ricoh Arena starts on Thursday (July 26) with seven start flights right through to a final Flight G on Friday August 3. We’re offering big discounts for double and twin rooms at the Royal Court so do check out our Special Offers page for full details.

The Goliath has broken records every year – with a staggering 6,385 players in 2017, a big increase on the 5,232 entries for 2016. This year’s Goliath promises to be even bigger, with an army of poker players – from first-timers to seasoned poker pros - preparing to descend on the Ricoh Arena in Coventry.

As well as the Goliath Main Event, there are numerous other events on the schedule. Elliott Marais won the 2017 Goliath Main Event for a career-best cash of £85,760, with a total of 682 players finishing in the money and getting a share of the staggering £638,500 prize pool.

Special Offers
We're celebrating this year’s Goliath with a great discount on double or twin rooms at the Royal Court Hotel with special two-night packages from August 3-5. Packages are available as “hotel only” or with buy-in included. The beautiful Grade II listed hotel is set in stunning gardens and features a fully equipped gym, pool, jacuzzi, sauna and steam room – perfect for winding down after a hard day at the poker tables. A twin or double room at the Royal Court Hotel will cost just £150.

As the Official Travel Partner for the GUKPT and Goliath at the Goliath, we have secured several special offers on double or twin rooms at the Royal Court Hotel. Check out our Special Offers page for full details.