What’s on in January!

As the last few tournaments of 2019 wind down, poker players are already looking forward to an amazing start to 2020. Some of the biggest tournaments on the planet take place in January including the MILLIONS UK, WPT Russia in Sochi and the Aussie Millions in Melbourne. You’ll barely have time to recover from your New Year’s Eve hangover before taking to the tables for the first event of a rip-roaring year.

WPT
The WPT is headed back to Sochi in January with a massive festival featuring 20+ tournaments taking place in the popular ski resort. We are Official Travel Partner for WPT Russia which runs January 12 to 26, with the €1,500,000 guarantee Main Event starting January 20. This is Season XVIII of the WPT and the annual jaunt to Sochi is now a firm favourite on the tour.

Ukraine’s Denys Shafikov is the defending champion after besting a 503-entry field at the last event in January this year. Shafikov netted $255,259 for first place and secured his first WPT title in the process. January’s WPT Russia offers players Online Day 1s for the Main Event on partypoker.com, with the first of five live Day 1s in Sochi starting January 21.

Deepstack fans will also get a chance to savour WPT action in January. WPTDeepstacks Berlin is the first European stop of the 2020 WPTDeepstacks season with seven days of poker action running at Casino Spielbank Berlin from January 7-13. There will be numerous tournaments on offer throughout the week, culminating in the €1,200, €500,000 guarantee Main Event starting January 10. The event has three start flights with unlimited re-entries until the start of Level 10.

MILLIONS UK
2020 gets off to a fantastic start with the return of MILLIONS UK, being held at Dusk Till Dawn in Nottingham from January 4-12. The MILLIONS UK festival is part of partypoker LIVE’s flagship poker series giving players the chance to share in a £5,000,000 guaranteed Main Event prize pool. The festival gets underway in Nottingham with the £1,000,000 guaranteed UK Open, followed by the Main Event and a £1,000,000 GTD High Roller. Designed to give players the ultimate tournament experience, the MILLIONS series has continued to break records with phenomenal prize pools generated at each and every event.

Hot on the heels of December’s spectacularly-successful Season 13 finale, the popular Grosvenor tour will be back at Poker Room above the iconic Victoria Casino next month. GUKPT London, the first leg of the 2020 season, runs January 23 to February 2 with a £200,000 guarantee Main Event.

The 2019 GUKPT Grand Final ended in dramatic style when British poker pro Ben Winsor became the first ever two-time GUKPT Grand Final champion. Winsor, who snagged a career-best cash of £188,610, now has a strong lead in the 2020 GUKPT Player of the Year leaderboard with a 20-point lead over nearest rival Dost Ghrabie.

MainEvent Travel sponsors the GUKPT all in triangles so do look out for them on the live streams from GUKPT Season 14 starting in January.

The GUKPT Player of the Year contest offers five 2021 Diamond GUKPT Packages for those ranked highest on the leaderboard by next November and includes a coveted trophy for the overall winner. Some 150 tournaments are eligible during the year, including the GUKPT, Deepstack and 25/25 Series as well as online tournaments. The GUKPT 2020 season features nine legs; in addition to  GUKPT London, stops include GUKPT Manchester Leg 2 in February, GUKPT Edinburgh Leg 3 in March and GUKPT Luton Leg 4 in May.

The 2020 Aussie Millions will take place over 21 consecutive days, during which 23 Championship Events are scheduled. The 2019 Aussie Millions saw more than 8,500 players from all over the world play for prizes totalling more than AUD$30 million. Buy-ins for the 2020 Aussie Millions start at AUD$1,150 and increase up to AUD$100,000. A wide variety of poker variants will be played, including six-max, H.O.R.S.E., pot-limit Omaha and bounty tournaments.

Following another record-breaking WSOP in Las Vegas, the WSOP International Circuit has announced seven stops for 2020, including a new event at Casino Barcelona. First up though is a return visit to Morocco with Casino de Marrakech hosting a nine-day event starting January 10. The January stop will give Northern Europeans the chance to grab some much-needed winter sun as well as enjoy a packed poker schedule in a great destination. The tour will back in Morocco for a second time in June. 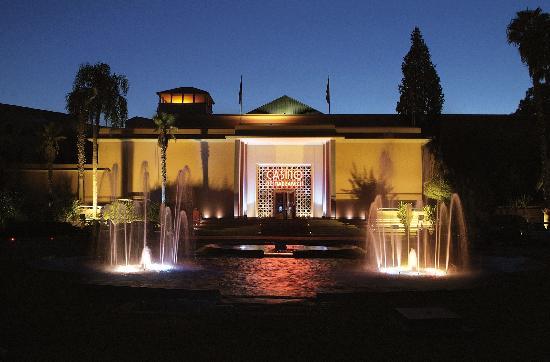