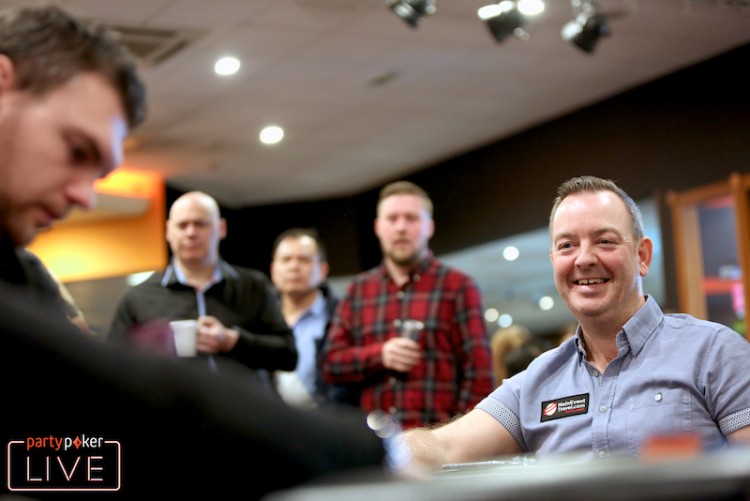 MainEventTravel’s CEO Fraser MacIntyre took a break from work last week to join the fray at the first World Series of Poker circuit event in the UK. It proved a lucrative decision as the semi-pro player from Ayr in Scotland finished fifth. The £44,000 prize was the second biggest of his poker career and significantly bigger than his only other cash at Dusk Till Dawn casino - £3,000 for making the final of a monthly Deepstack three years ago.

Fraser said: “I thoroughly enjoyed playing the tournament. I’ve spent the first 3 months of this year concentrating on my businesses, so I’ve only played 4 tournaments.
But the break from poker must be good for my game, as I’ve made the top 10 in three of them. Hopefully this will bode well, both for my businesses, and for the tournaments in Vegas this summer. But first, it’s time for the Irish Open. You can join me there when you book your hotel, travel, and buy-in on maineventtravel.com.”

The Irish Open festival starts today with the main event kicking off on Wednesday. MainEventTravel is the Official Travel Partner for the tournament which means players can sort out all their travel and accommodation online – as well as their buy-ins for 11 of the tournaments.

WSOP-C UK, sponsored by partypoker LIVE, took place March 31 to April 14 at Dusk Till Dawn with £2.4 million guaranteed across a total of seven tournaments. There was a 1,024-strong field for the £1 million guarantee, £1,100 buy-in Main Event. The winner was Andrey Veselov who snagged £114,530 after a three-way deal. Veselov was chip leader coming into the final. Fraser bust after three-betting all-in with 66 against Hasmukh Khodiyara who had pocket queens. Fraser’s biggest cash came in 2012 when he was runner-up at EPT Madrid for €290,000. He has a good track record at the World Series of Poker in Vegas – cashing a total of 12 times including four times last summer.