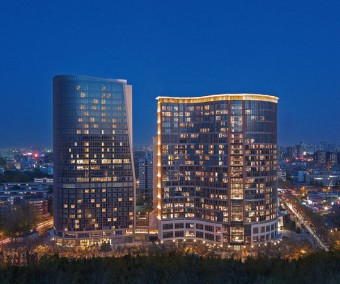 A unique chance to play poker in China is happening this month as the WPT kicks off its 16th season in April with a brand new event in a brand new location. WPT Beijing will take place April 15-19 at the stunning NUO Hotel Beijing and forms part of the 2017 Ourgame Chess & Card Festival.

We’re the tour’s Official Travel Partner so let us arrange your stay in the stunning NUO Hotel Beijing – or help you find other options close to the venue.

The NUO Hotel Beijing is a spectacular 28-floor property inspired by the Ming Dynasty with seven restaurants, two indoor pools, two cocktail lounges, a full-service spa, and a health club.

The WPT Beijing Main Event is capped at 400 players and will see a mix of international competitors and Ourgame PokerWorld satellite qualifiers battling for the first WPT Main Tour title to be awarded in China. The WPT Beijing Main Event runs April 15-19, 2017 and is the WPT’s second tour location in China, following WPT National Sanya that has taken place each of the last five years.

WPT CEO Adam Pliska said: “The World Poker Tour is proud to kick off Season XVI with WPT Beijing and add a second major poker tournament to the burgeoning Chinese region. It is without question that Asia has an ever-increasing demand for major poker events, as evidenced by WPT National Sanya selling out each of its first five years. We look forward to hosting the best players from the region and around the world as we kick off Season XVI with WPT Beijing.”

The WPT Beijing Main Event is part of the 2017 Ourgame Chess & Card Festival, which is set to include mind sports such as bridge, mahjong and others.