The last six players in the WPT Borgata Winter Poker Open Championship will head to Las Vegas on March 13 to film the final table for Fox Sports at Luxor Hotel and Casino.

Next up following Borgata are the WPT Fallsview Poker Classic from February 23-25 plus the WPT L.A. Poker Classic,  WPT Rolling Thunder and WPT Barcelona in March.

Last year’s Championship was won by Candian Eric Afriat, who beat a 1,244-strong field to add $651,928 to his lifetime tournament winnings which now total more than $2.7 million.

Meanwhile, as excitement builds in Borgata, Oleg Pavlyuchuk has taken the lead at the WPT’s first ever championship in Russia. Pavlyuchuk tops a field of 17 players through to Day 4 of the tournament which is being held at Casino Sochi. There were 503 entries creating a $1,358,200 prize pool with $255,258 to the winner.

American pro Scott Baumstein has won the WPTDeepStacks Player of the Year title. He started 2018 with a major win by taking down the WPTDeepStacks Hollywood Main Event at the Seminole Hard Rock Hotel & Casino. That win, where the American outlasted a field of 1,366 entries to win $223,238 – coupled with two more cashes, gave Baumstein 1,350 points on the campaign and he finished the season as the WTPDS Player of the Year. 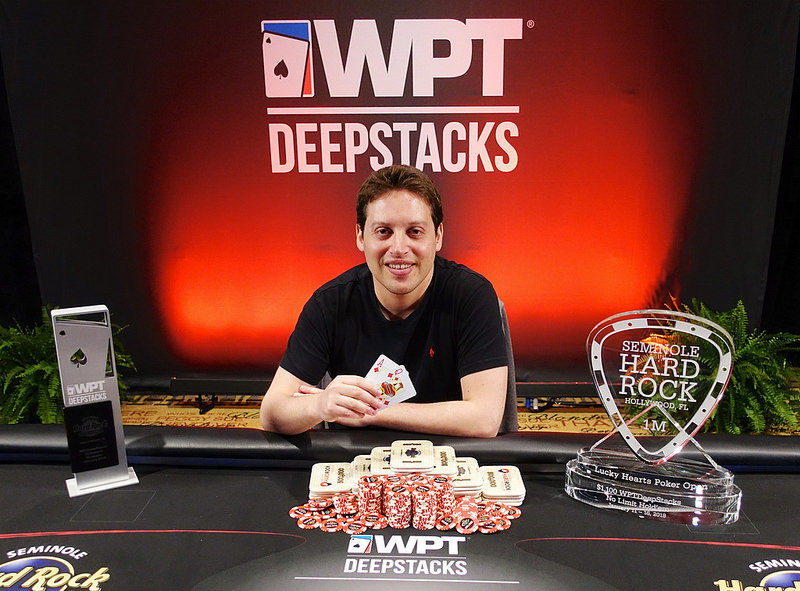 For his efforts during the calendar year, Baumstein collects a $20,000 WPT passport, good for buy-ins across all WPT Main Tour, WPTDeepStacks, and WPT500 events from now until April 2020.

His $220,238 first prize at Seminole was his biggest ever cash at the time but it’s been dramatically eclipsed since then by a fourth place this month in the $25k PokerStars Players Championship in the Bahamas for $1,657,000.

The first WPT Deepstacks festival of 2019 was held in Berlin in early January. Swiss player Thomas Hoffmann won the €500,000 guarantee Main Event for €131,115 after beating a field of 645 players.