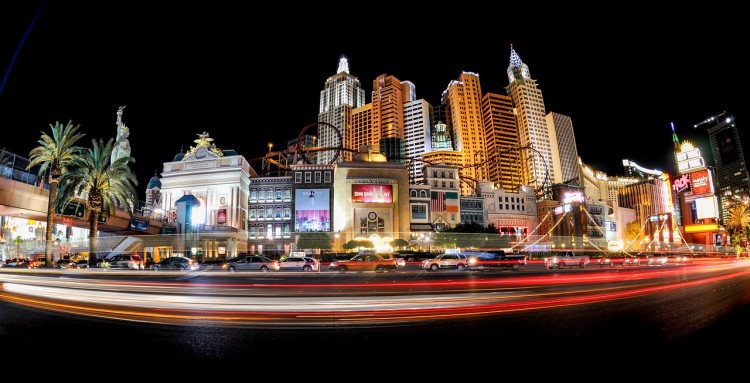 The World Series of Poker grabs so many of the poker headlines that you might be forgiven for thinking it’s the only thing that happens in Vegas all summer. For sure, the WSOP is by far the biggest series – with nearly 90 different live tournaments and a bunch of online events. And the move to the Strip will give this year’s WSOP the largest capacity in the event’s history, with more than 200,000 square feet of tournament space and 600 poker tables.

However, several other venues also offer exciting tournament schedules including the Aria, the Venetian, the Golden Nugget, the Wynn, MGM Grand and the Orleans. In fact, there are hundreds of tourneys taking place in Vegas between now and the end of July to suit players of all standards and bankroll size. So, if you can tear yourself away from the WSOP’s new home at Paris and the Horseshoe, here’s a round-up of this summer’s Vegas fun.

Wherever and whatever you’re playing, MainEventTravel.com can help you with all your Vegas travel needs – from our full and comprehensive flight booking service to bagging the best hotels or villas. For the WSOP, we also have rooms at the heart of the action – at either Paris or the Horseshoe (formerly Bally’s).

MGM Grand: The Grand Summer Tournament is already underway and is running until July 17. It’s a series of mostly low-to-middle buy-in events featuring 173 tournaments in total and a prize pool guarantee totalling more than $10.6 million. All tourneys have a prize pool guarantee and there’s a ton of non-Hold’em events on the schedule as well including some more unusual variants like POSER, ROPE, the Big O and Super Stud..

Orleans: The Orleans Summer Open is a six-week series running from May 31 through to July 7. It features over $3.5 million in guaranteed prize pools. Key events will include two Mystery Bounty events, Thundering 3's, a $750k guarantee Championship event and a large variety of Mix Game events. The Orleans isn’t on the Strip; it’s around two miles away down Tropicana Boulevard but that makes it a welcome change for many – plus it often has lower buy-ins than Strip casinos and more non-Hold’em events.

Aria: The ARIA Poker Classic runs from June 1 to July 17 with 46 different tournaments. There are $400 (or $600) NL tournaments pretty much every morning at 11am plus other events sprinkled around the schedule such as a $600 Seniors event and $400 Ladies tournament. The schedule highlight is the first ever $3,500 buy-in BetMGM Poker Championship (June 23-26) which comes with a guaranteed $1 million prize pool. The Aria festival is also hosting its first Mystery Bounty event - the $600 buy-in BetMGM Poker Mystery Bounty on July 10.

Wynn:  The Wynn Summer Classic, which runs from May 31 to July 20, is expanding this year to feature more than 30 tournaments and more than $16 million in guaranteed prize pools. There are nine multi-flight events including five two-day "Championship" events: H.O.R.S.E., 8-Game, Omaha 8/B, PLO and Seniors (50+) tournament.

Golden Nugget: This year marks the 14th annual Grand Poker Series and is a giant bonanza of a schedule featuring 81 different tournaments and more than $3 million in guaranteed prize money between May 31 and July 3. The Grand Poker Series is one of several lower-buy-in options available during the summer, with most tournaments ranging from $200 to $600. The three-day $1,100 PokerNews Cup starts on June 24 and comes with a $1 million guarantee. As well as No Limit, the schedule offers a mixed bag of other variants including Omaha, bounty, tag team and 8-game. The Grand Poker Series is considered one of the better tournament series for low-stakes players and the downtown location makes a change from the Strip.

Venetian: The Venetian’s celebrated DeepStack Championship Poker Series is already underway and offers the largest high stakes poker tournament series in Vegas – as well as an enormous total prize pool guarantee of $22 million. No surprise then that USA Today has dubbed the series one of the best poker series in Vegas. One of the schedule highlights this year is the $2 million guarantee MSPTpoker.com No Limit tournament starting on June 6. The Series ends July 31.

MainEventTravel’s Dollar Delivery Service
Our popular Dollar Delivery $ervice means you no longer have to worry about carrying large wads of cash and can get the exact amount you need at a competitive rate you’ve fixed with us in advance. We can accept funds (subject to T&Cs) in sterling or Euros and will hand over your dollars at a place and time that is convenient to you once you’re in Las Vegas. For more details, please click here.

The MainEventTravel travel team has been to Vegas dozens of times and has unparalleled expertise in helping you get the most out of Sin City. Just get in touch and we will help you – whatever your budget, schedule, and any other requirements.

In line with local, state and CDC guidelines, the WSOP no longer requires mandatory Covid vaccinations and masks this year.