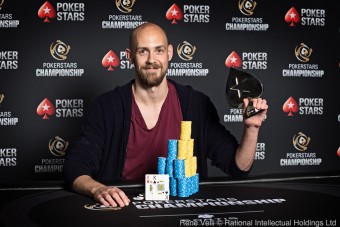 Chidwick, who hails from Deal in Kent but currently lives in Mexico with his fiancée Marine, can add last night’s winnings to the $400k he’s already made this year after making the final in both the $50k and $25k events at PokerStars Championship Bahamas. He now has over $7 million in live tournament earnings and is ranked #2 on the stacked English all-time money list.

The PokerStars Championship is building a busy schedule, with four more events between now and August.