The 29-year-old from British Colombia struck an even chop with Chinese pro Terry Tang before the heads-up began, leaving HK$300,000 for the winner. The final battle lasted over ten hours (and more than 260 hands), with the chip lead swinging back and forth. Remarkably, there was no all-in and call situation prior to the final showdown, when all chips went into the pot pre-flop. Smith was racing with AKs against Tang's sixes. Tang hit a set on the flop but Smith triumped with a flush on the river.

With HK$130,000,000 in prize money across 52 tournaments, PokerStars Championship Macau was the largest poker festival ever held in Asia. 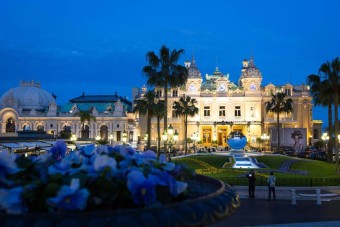 PokerStars Championship has three more confirmed stops between now and August. Next up is PokerStars Championship Monte Carlo on the French Riviera. This gorgeous venue has hosted dozens of memorable moments in a rich history of PokerStars events including 13 EPT Grand Finals. 2017 continues the EPT tradition with the world’s best poker players heading for their annual trip to one of the world’s most glamorous destinations from April 25-May 5, 2017.