Join in the action: PokerStars new London Series at The Hippodrome Casino 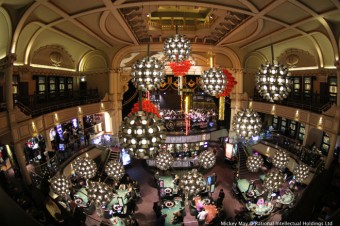 The first of five new PokerStars London Series events is under way at The Hippodrome Casino. Flight 2 of the £40k guarantee event starts tonight at 8pm and there are two flights tomorrow: Flight 1C at 2pm and a 15-minute level turbo 1D at 8pm. The final is on Sunday March 5.

The Main Event has a £275 buy in with 25,000 starting stack and 30 minute levels on Day 1, increasing to 40 minutes on Day 2. The PokerStars London Series is the new banner for regular tournaments The Hippodrome Casino in London’s Leicester Square, where PokerStars’ roots have been firmly established with the UKIPT Series and Hippodrome Classics.

With five standard events planned for 2017 this event has grown in size and now features four flights per event including a Saturday night turbo and the introduction of one entry per flight.  The

Late August will see the return of the five-day Super Series - with a £550 main event plus side events to suit all budgets. At least £40,000 is guaranteed to be distributed to those navigating their way to the money places for all the London Series events.