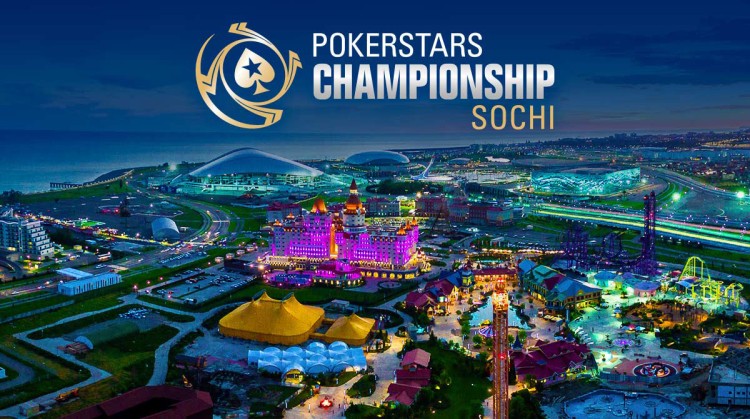 The Sochi battle is on! PokerStars announces “biggest ever tournament in Russia” in May

With partypoker’s eagerly-awaited Sochi debut starting March 23, PokerStars has now announced that it too will be heading to the popular Russian tourism hotspot with the 12-day PokerStars Championship Sochi taking place in late May.

PokerStars says it will be hosting “he biggest poker event Russia has ever seen” when it heads to glamorous Sochi Casino & Resort from May 20-31. The schedule includes a guaranteed PokerStars Championship Main Event worth RUB 150,000,000 (approx. $2,600,000), the largest guaranteed prize pool ever featured in a Russian poker tournament.

The event, organised by Sochi Casino & Resort, promises to be a fantastic opportunity to play big money live poker with all the excitement that a PokerStars Championship brings, including full TV and webcast coverage, a host of celebrities and Team PokerStars Pros in attendance, and much more to entertain players and visitors.

In addition to a packed schedule of events with 70+ tables in total, there will be cash games running 24 hours a day.

“Sochi is a premier location for hosting world class events and we are looking forward to bringing PokerStars Championship Sochi to this exciting location,” said PokerStars Director of Live Events Edgar Stuchly. "With its vast array of 5-star hotels, outdoor activities, and 300 sunny days a year, alongside a brand new casino, Sochi is fast becoming a prime vacation spot and gaming destination, all in one.”