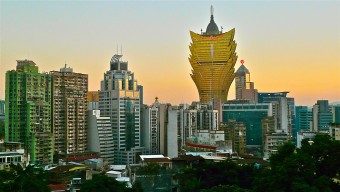 The first-ever global PokerStars event to be held in Macau, the former home of the popular Asia Pacific Poker Tour events, kicks off on March 30. The 11-day PokerStars Championship Macau festival promises bright lights, unique culture, glamour, glitz, and a host of big-money poker tournaments on the 52-event schedule.

MainEventTravel.com has great hotel options in Macau including The Venetian Macao Resort Hotel, the Conrad Cotai Central and the Sheraton to make your visit extra special

The most popular way to get to Macau is to fly to Hong Kong and take the ferry from  Hong Kong International Airport Terminal. There are numerous direct flights to Hong Kong from all over the world and residents of many countries, including the UK, USA, Canada, Australia, and many European and Asian countries do not require a visa for visits of less than 30 days.