One week to go! PokerStars Championship Barcelona is set for epic event in the Catalan capital with 50+ tournaments starting August 16, more than €13 million  in guarantees –  and DJ Zedd at the Player Party.

Don’t leave it too late! Barcelona is very busy in August so make sure you get accommodation sorted as soon as possible! We still have  lots of options but don't delay  – full details here. 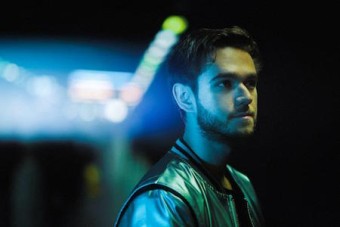 One of the big attractions of this year’s event is that multi-platinum Grammy-winning artist, DJ Zedd will be performing a 90-minute set at the exclusive Championship Players Party at Opium on Auust 21. All PokerStars Championship Barcelona players will get in for free, with priority access. Zedd's chart-topping hit Stay, featuring Alessia Cara on vocals, has been flooding global radio waves. He's also produced both Spectrum and Clarity; a pair of massive EDM tracks that blasted to the top of international charts and helped secure Zedd's status as a platinum recording artist.

Zedd will also be fitting in some poker while in Barcelona. He's a big fan of the game and even has his own personalized poker table. He will be  competing in the PokerStars Championship Barcelona €5,300 Main Event. He said: "It'll be something new for me to attend a tournament as huge as PokerStars Championship Barcelona. I'm looking forward to experiencing the atmosphere and playing against some of the world's greatest poker players."

Players Advisory Council
PokerStars will be hosting  two Players Advisory Council (PAC) sessions during Barcelona - on August 22 and 23. Senior executives will be at the event to review current and upcoming business initiatives, discuss new ideas, answer questions and engage  players in open-forum discussion. The launch session in Monaco helped influence key live event decisions: taking  payouts back to a 15% model, expanding the use of shot clocks, conducting a thorough review of the live event qualifier path and a reevaluation  of  PokerStars Live's approach to #StarsFun activities at events.