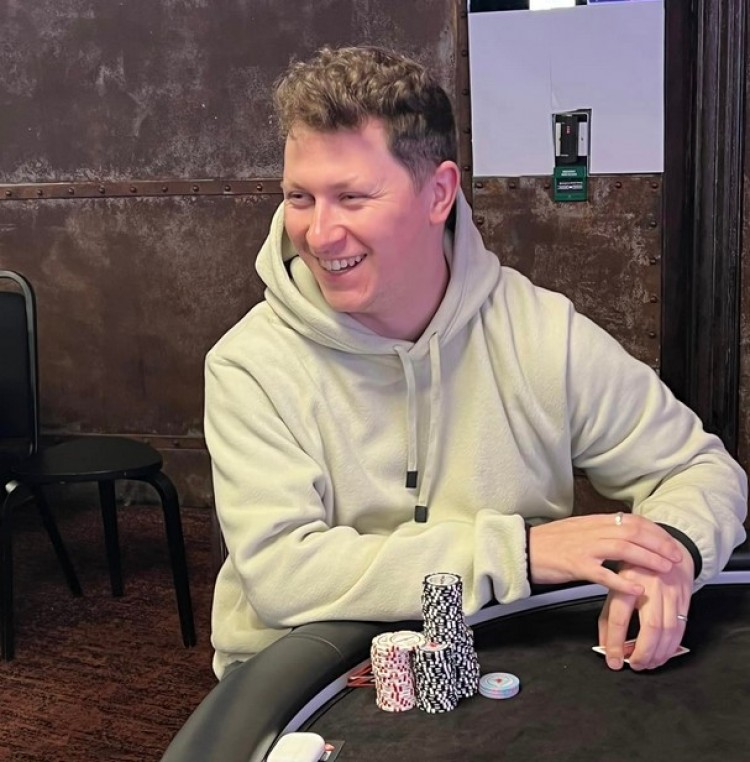 Scottish player Tom Pearn (pictured above) was foiled in his bid to win back-to-back Mega Series titles at the Hippodrome Casino last week. The Mega Series defending champion carved his way through a record field of 203 entries but was eventually defeated heads-up by Yuval Rosenberg (pictured below.) 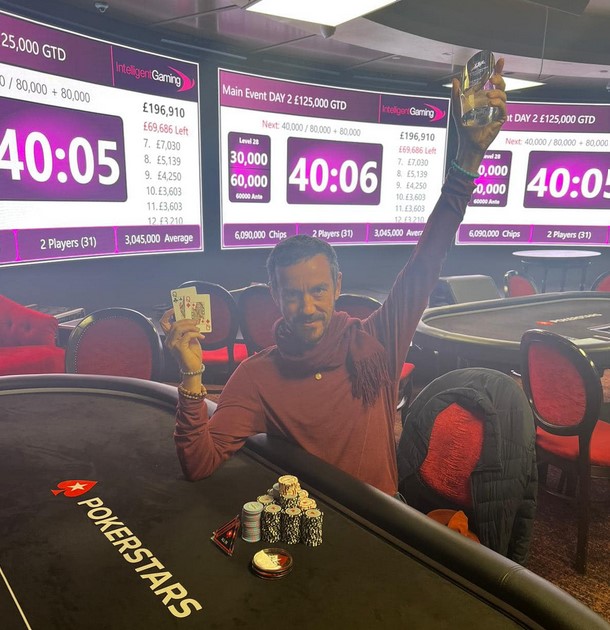 Rosenberg won £41,646 for his efforts while Pearn, who also cashed during the recent UKIPT Main Event at the Hippodrome, got £28,040 for his runner-up finish. Among others who made it to the final were WSOP bracelet winner Harry Lodge, UKIPT finalist Alexios Zervos and Ireland’s Conor O’Driscoll. Zervos was third for £19,770, Lodge finished sixth for £9,629 while O’Driscoll was eighth for £5,139. Lodge was back at the Hippodrome only a month since his huge score in October when he made the final of the EPT London Main Event, finishing 8th for £79,750.

Also competing at the Series were former November Niner Antoine Saout and EPT London Deepstack winner Atanas Pavlov, who both cashed in the Main Event plus Hippodrome Ambassador Chris Da-silva and new Friend of the Hippodrome Lydia Cugudda. More than 20 players managed to win their way into the Mega Series Main Event after snagging seats in the two mega satellites held at the Hippodrome.

The Hippodrome Mega Series is the casino’s biggest Series event of the year. There were eight tournaments in total including the £275 buy-in Mystery Bounty, mega satellites, a PLO Mystery 4/5/6 event, a NLHE Turbo Bounty and a £175 buy-in Seniors’ tournament on the final day. The festival ran November 15 to November 20 with five days of tournament action in Lola’s, the Casino’s new tournament space on the lower ground floor.

The eagerly-awaited Mystery Bounty attracted a bumper turnout with 222 entries overall. Some 30 players got a share of the £32,301 prize pool and there were bounty prizes galore. The winner was Londoner Gary Miller whose tournament haul included the trophy, top cash prize of £6,932 plus a further £2,700 in bounties and £3,300 worth of Mega Series Main Event tickets. Miller has had a very productive time in London lately – he also finished 11th in the recent UKIPT High Roller for £18,540, part of the giant EPT festival held in October. The top bounty prize of £5,000 was won by Hafizulla Weda who ended up fifth overall. There were also bounty prizes of £2,500, £1,500 as well as a whole load of tickets awarding seats into the Main Event. Among those who cashed was Hippodrome Ambassador Chris Da-silva finished sixth.

London-based Nikolay Ponomarev was the winner of the PLO Bounty  4/5/6 event after leading the final table from the start.  Ponomarev, who displayed a quiet determination to seize victory, beat a field of 57 entries to snag the bragging rights and a top prize of £3,295. Ponomarev, a former WPT online finalist, won the Hippodrome Megastack back in 2018 for £21,955 and now has more than $600,000 in live tournament winnings.

The £200 NL Turbo was won by Jamie Walker for £3,722 after he outlasted a 107-strong field. A total of 15 players got a share of the £ 20,758 prize pool. Thierry Doudrich won the £175 buy-in Seniors’ tournament on his first ever visit to The Hippodrome. After a deal between the final three, Thierry headed home with a trophy and £2,296.

Kerryjane Craigie, Director of Poker at The Hippodrome Casino, said “What a nice finish to 2022 tournament season for us. Our festivals are always a lot of fun but this year we have truly grown in our berths and numbers.  This Mega Series really excelled itself with some great names, and the highest prize pool we’ve had at this level. This was our third Mystery Bounty within 12 months and came with an additional flight – it was our biggest prize pool for that too!”

The Hippodrome Casino’s popular promotion offering amazing poker trips to Vegas next Summer is already underway and will run through April next year. The casino is giving away at least one package every month and all players have to do is “swipe in” each time they play a cash game to accumulate enough points to gain the opportunity to move on to a monthly spin. Hippodrome is also running a house-funded loyalty race for their ever-growing Ladies Poker Club. The prize package includes return flights (UK to Vegas), seven nights’ accommodation at a hotel on the Vegas strip, entries to tournaments, dinners, parties and more. Last year 18 players had an incredible time competing in Vegas with extras including a helicopter ride over the strip and a sensational dinner overlooking the Bellagio fountains.