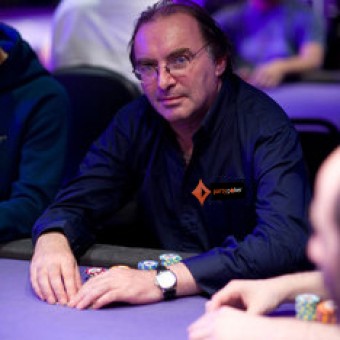 Popular Irish pro Padraig Parkinson is joining the roster of partypoker’s sponsored players ahead of the €100,000 guaranteed €300 + €40 buy-in Grand Prix Cork event which is running February 23– 26 at Macau Sporting Club.

Parkinson, 59, first hit the limelight when he finished third in the 1999 World Series of Poker Main Event in 1999 for $489,125 and further made a name for himself when he took down the Grand Final of the iconic Late Night Poker show three years later. Currently ranked fifth in Ireland’s all-time money list, Parkinson has live results going back more than 20 years and now has close to $1.8 million in live earnings. These also include third in a WSOP $1,500 NL event in 2006 and victory in the UK & Ireland Poker Tour Main Event in his home town of Galway in 2009.

Parkinson said: “I am proud to join the partypoker team of ambassadors and am extremely excited about the live opportunities that partypoker LIVE will bring to Ireland in 2017. With the support of partypoker I look forward to continuing my work to grow the Irish poker community.”

As well as the upcoming Grand Prix Cork, Padraig will play the Northern Cup on January 21 in the Green Isle Hotel as well as the partypoker MILLIONS at Dusk Till Dawn in April. He will also continue to sport the partypoker patch as he tours the Irish poker circuit throughout 2017.