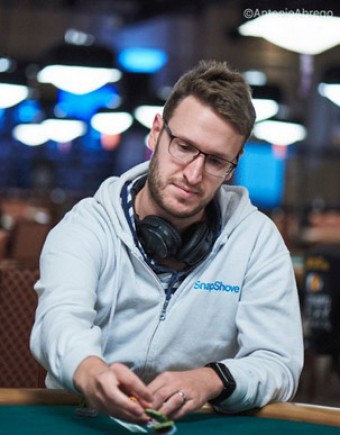 Irish pro Max Silver is aiming for his first ever WSOP gold bracelet as he leads the final seven in the $3k Limit Hold’em 6-Handed event. Silver, who hails from Dublin and once worked for Full Tilt, enjoyed a three-level surge in the early hours of this morning to bag up more than one million chips. There were 256 entries overall, generating a $691,200 prize pool.

Silver has already cashed twice at this year’s WSOP – including $73,510 for sixth place in a $3k No Limit tourney. He has 24 WSOP cashes to his name, but no bracelet as yet; this is his fifth WSOP final table. With live tournament winnings of over $3m, his best World Series result to date was third in the 2014 $10k NL Championship for $273,646 and he also took down the Aria High Roller two years ago for $432,960.

British players Marc Foggin and Tom Hall both enjoyed deep runs in the $1,500 NL Bounty. Hall bust in 27th place for $8,248 with Foggin going out in 19th for the same amount. Hall has now cashed three times this year, totaling more than $60k. The winner will snag $266,646 along with the coveted gold bracelet.