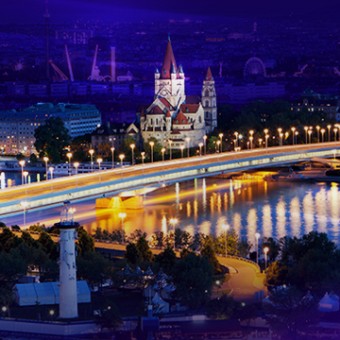 MPN Poker Tour Vienna is the first stop of 2017 with a four-day festival at Montesino in the beautiful Austrian capital from January 26 to 29. There’s a €200,000 guarantee for the €550 Main Event. MainEventTravel has a host of great accommodation options including the official event hotel, Roomz Hotel Vienna. Montesino has a long history of running some excellent poker events and also houses a restaurant and a sports bar.

The MPNPT’s return to Vienna follows its highly successful event there at the start of 2016. There were 482 entries for the Main Event, generating a €241,500 prize pool. Germany’s Jannis Brauer was the champion, snagging a career-best €54,000 after beating Hungarian player Lazlo Toth heads-up.

Located on the banks of the famous Danube river in Austria, Vienna is often described as the cultural capital of Europe and was home to Mozart, Beethoven, Schubert and Johann Strauss. Now the city will be home to hundreds of poker players.

Microgaming’s Alex Scott said: “The 2016 Vienna stop was so popular and successful that going back to Austria’s capital was a no-brainer. However this year we’re combining it with a unique live cash game, the MPN Vienna 9, which adds a new dimension to the event.”