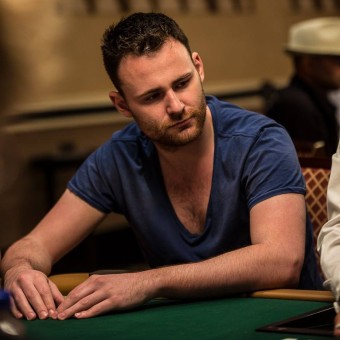 JP Kelly and Richard Gryko have both secured themselves spots in the top five of $10k WSOP Main Event, with just 297 players left in the running from the 7,221 who entered. The winner will get $8,150,000 – or a cool $10 million if they qualified for the event on 888poker. Everyone who reaches the final table is guaranteed $1 million.

Day 5 starts later today, with all those left guaranteed at least $35,267. Two-time WSOP bracelet winner Kelly bagged up 3,973,000. He is currently ranked 28th on the UK’s all-time money list and has more than $2.7m in live tournament winnings. His biggest live cash to date was 12th in the Macau High Stakes Challenge Super High Roller in 2012 for more than $567k.

Omaha specialist Gryko returns for Day 5 with 3,559,000. He already has more than $1m in live tournament winnings to his name including an earlier cash at this year’s WSOP when he finished 255th in the massive 888poker Crazy Eights tournament.

Artan Dedusha, who is competing in his very first WSOP Main Event, was the Day 2c chip leader and is still in contention with 1,752,000. Dedusha has $118,186 in live tournament winnings to date and is now guaranteed a lifetime best cash; his previous best came a month ago when he took down the Grosvenor 25/25 Series in London for £25,241.

Other Brits still in the event include Max Silver, who won his first WSOP bracelet this summer after taking down the $3k Limit Hold’em 6-Handed event, Charlie Carrel, Paul Vas Nunes, EPT Barcelona champ Tom Middleton, Paul Otto and Matthew Moss. There are 19 Brits left from the 324 who entered, plus two Irish players: Eoghan O'Dea and Andrew Grimason.

Unibet Open Tournament Director Kenny Hallaert is on track for a remarkable back-to-back final table appearance after finishing sixth last year for just under $1.5 million; he has 4,145,000. The current chip leader is Damian Salas from Argentina on 1,752,000.