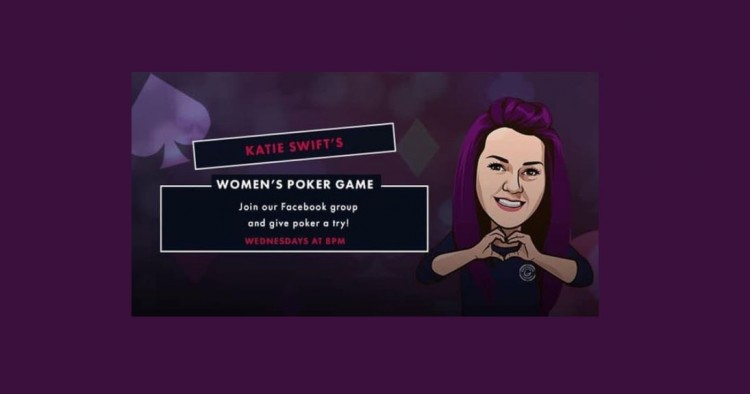 Goliath puts women in the limelight for 2022

This summer’s Goliath festival in Coventry is set to be the biggest yet – with a Main Event prize pool expected to top £1 million. That’s excitement enough for those heading to Grosvenor’s flagship festival however there is an extra bonus for all female players planning to attend.

For the first time ever, the Women’s Championship will be a two-day event giving all those who make the final the chance to relax before competing again PLUS Day 2 of the event will be the TV feature table on the live stream – making sure women really take centre stage.

The new schedule will make the Goliath Women’s Championship one of the very few ladies-only events taking place anywhere in the world that is played over multiple days. The event is running August 26-27 at the Coventry Building Society Arena in the Midlands.

This year’s Women’s Championship is being hosted yet again by Grosvenor Ambassador Katie Swift. It has a generous structure which, says Katie, is designed to give participants a good poker game first and foremost. All players will start with 15,000 in chips and play a 30-minute clock throughout, with unlimited re-entries for the first 2½ hours before late registration ends.

Ladies have been able to win their way to the Goliath Women’s Championship online by competing in the weekly home game that Katie hosts on grosvenorpoker.com where they can earn points towards the monthly league. Tickets totalling £500 in total value are added to the prize pool each month and awarded to the top finishers in the league. Tickets won each month can be used for a variety of live and online events.

All players can also use general £110 satellite tickets to buy in direct. Katie added: “All the details are on our Facebook page which is a great community for women poker players. An online lobby has already been created for the event and all ladies who pre-register in the lobby will be entered into an exclusive Last Longer promotion.”

Katie added: “I’m very proud of the work I do to promote poker for women players and I’m always looking at ways to provide networking opportunities. Our group is really friendly and it’s a great way to mix with other female players while also getting lots of support.  I can’t wait to see lots of ladies join in the fun in Coventry this year – and battle it out to crown the new female champion!” 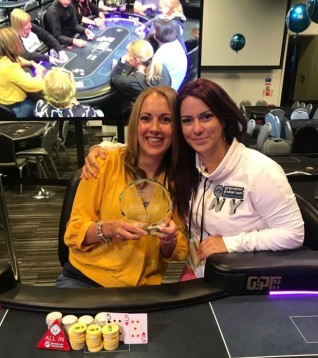 The last Goliath Women’s Championship winner was Lydia Cugudda who topped a 194-player field to snag £2,780 and the prestigious title along with the coveted trophy. Lydia, from Sutton Scotney near Winchester, has won her seat to this year's event in Katie’s monthly league after back-to-back wins in the home game. She said: “I can’t believe it’s been three years since I won the Ladies event. I’m so excited to be playing the Goliath again and it’s great that the organisers are looking to grow the event even further this year. Bigger buy in and a two-day event will hopefully attract even more runners than before. I’m looking forward to catching up with all the fantastic ladies I’ve met over the years.”

The Goliath Women’s Championship starts on Friday, August 26 at 6pm with Day 2 resuming at 2.15pm on Saturday, August 27 when it will be the feature table on the live stream.

Anyone wishing to play the Women’s Championship – or any other Goliath tournaments – is strongly advised to plan ahead by booking their accommodation with MainEventTravel, the Goliath Official Travel Partner.

Goliath is Europe’s biggest live poker tournament and the live events have attracted record-breaking fields every year since its launch in 2011. 2022 marks the tenth edition of the event and, yet again, the Main Event is expected to smash attendance records – with an estimated prize pool of over £1 million.

In addition to winning tickets that can be used for the Women’s Championship and live and online events in the UK, grosvenor.com also announced the “Katie Swift Vegas Experience” prize package where each month now until the end of the year, the top 3 ladies will have a chance to win entry into a playoff on January 8th for up to £10,000 worth of prizes including two £3500 Vegas 2023 packages. Full details are on Katie Swift’s Women’s Poker Game Facebook Page.