After a record-breaking Goliath in Coventry, Grosvenor Casino’s popular GUKPT is back on the road with the £100k guarantee GUKPT Leeds running September 10-17.

We are the tour’s Official Travel Partner and can help you find great accommodation for GUKPT Leeds as well as all other remaining stops on the 2017 GUKPT schedule. Leeds is one of the UK’s most vibrant cities and attracts millions of visitors a year, nightlife is booming and there are tons of bars, restaurants and clubs – plus excellent shopping. 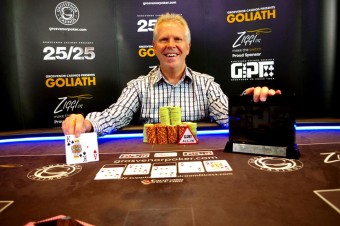 Back after two years!
The forthcoming GUKPT is a welcome return for the Leeds leg which unfortunately had to be cancelled last year after the casino was badly damaged by floods. The unscheduled two-year break means that defending champion Stephen Foster has managed to hold on to his title longer than most! The 59-year-old retired executive won GUKPT Leeds for £24,500 back in 2015. He has had plenty of success since then too: a total of 16 cashes around the world, including four in Vegas this summer. His best result recently was making the final of a $500 NLH event during the Wynn Summer Classic, finishing third for nearly $15k.

This year’s GUKPT Leeds boasts a very packed schedule. As well as the £550 GUKPT Leeds Main Event (running September 14-17), the schedule also features a ton of other tourneys including the £10k guarantee Mini Main, a two-day “NLH 150” tournament, an £82 Omaha 4/5/6 event and a £100 Bounty tournament – plus, of course, lots of satellites and cash games. All the Grosvenor Ambassadors will be competing in Leeds, along with GUKPT Passport winner Andy Hills.

Hills, who took down GUKPT Manchester in March, said: “Poker takes me to Yorkshire several times a year. The Leeds “25/25 Series” and GUKPT events are unmissable, the structure of the Main is incredible for £550, and it will undoubtedly surpass the £100,000 guarantee. I’ll be there from Thursday 14th going after my fourth GUKPT Main Event cash of 2017—wish me luck!” 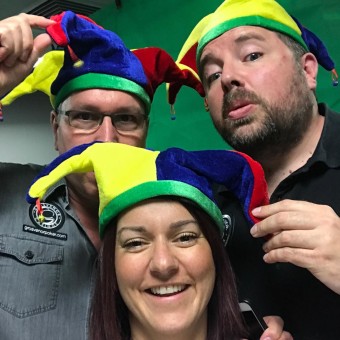 Leeds debut for Beevers, Swift and Kassouf
Grosvenor Ambassador Joe Beevers added: “I don't think I have ever played in Leeds before and I'm looking forward to it. My dad was from nearby Wakefield so I'm an honorary Yorkshireman anyway! Hope to see lots of you there!" Fellow Ambassadors Katie Swift and Will Kassouf will also be playing poker in Leeds for the first time and looking forward to it.

Swift will be staying for the full duration of the event. She said: “This will be my first poker trip to the city and what better way than with the GUKPT.  I can't wait to play and explore the city too, I've heard such good things! I will be there for the entire week, aiming to play a few side events, starting with the Mini Main and then finishing the week with the £500 main event. Bring on the action and the fun!

Grosvenor Ambassador Jeff Kimber is an old hand when he comes to Leeds – he went to university in the city and frequently heads back there to visit old Uni pals. He said: “I went in my first ever casino in Leeds when I was a student – before I even played poker. Leeds is one of my favourite cities in the world: great people and nightlife and the GUKPT is a great time to sample it as the casino and hotels are all very central. I played the GUKPT there back a few years ago but didn’t cash – so certainly hoping to do well there this time.”

Now celebrating its 11th season, the GUKPT is the  longest running poker tour in the UK, welcoming poker enthusiasts from all across the country for a packed week of fun poker action.