One of the best UK tourneys of the year starts Sunday with the GUKPT Grand Final Main Event at the Poker Room above the iconic Victoria Casino. The tournament comes with a £400,000 guarantee and is set to attract some of the UK’s top players including numerous Grosvenor Ambassadors. The GUKPT Grand Final festival runs November 19 to 25, with the Main Event kicking off on Thursday, November 22.

We are the tour’s Official Travel Partner and have great deals for London hotels including the luxurious Marriott at Marble Arch and Hilton Metropole at Edgware Road, as well as some great nearby budget options.

The GUKPT is the longest running poker tour in the UK and has featured nine legs in total during Season 12 including a hugely successful 304-entry GUKPT Blackpool last week, plus visits to Manchester, Edinburgh, Reading, Leeds and Luton, and two stops in London.

2018 has been an amazing year on the GUKPT with a roll call of champions that includes Andrew Hulme, Adam Lulat, Garry Stevens-Smith, Patrik Szabo and Adam Owen. Over the season, a staggering £1,600,000 will have been offered up in Main Event guarantees across all nine legs.

Grosvenor Ambassador Katie Swift is looking forward to the Grand Final after a great year in poker which included final tabling the Manchester GUKPT. She said: "I hadn’t even intended on going to Manchester but then the snow fell, my son’s football match was cancelled and I found myself off on a spontaneous trip up north!

"I'll be playing day 1b at the Grand Final after winning a package online on Sunday! I love the package concept and hope it continues through 2019. Qualifying cheaper is always better! I'm hoping for a decent run to round up another successful year of poker."

Grosvenor Ambassador Jeff Kimber added:  “The GUKPT Grand Final has £400k guaranteed, an amazing structure and a great range of entrants, from superstar pros to recreational players. I’m really excited for the Grand Final, the best comp in the UK this and every year.” 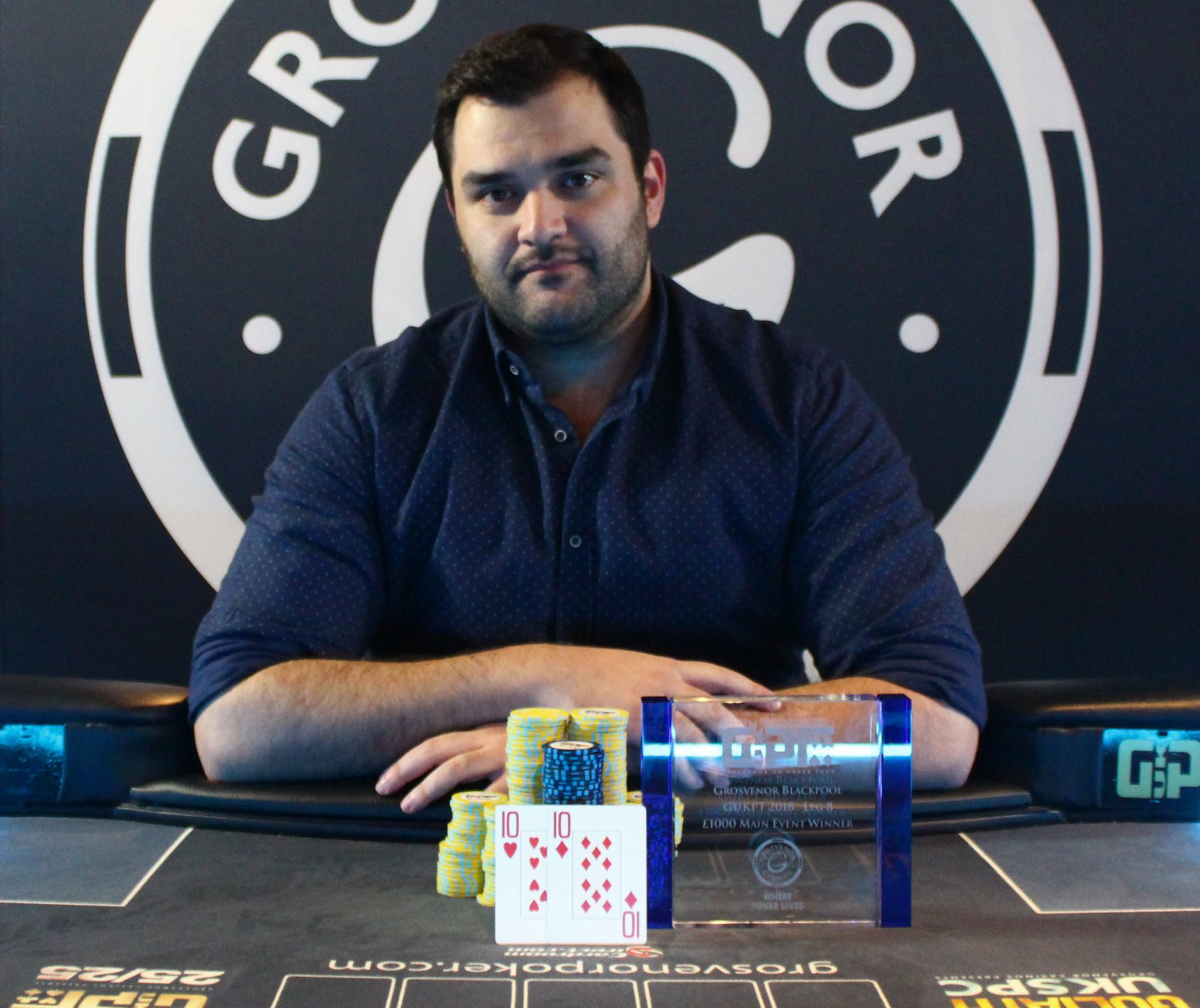 GUKPT Blackpool was won by GUKPT stalwart Yiannis Liperis. The £84,250 first prize – the biggest of his live poker career – was a fantastic birthday present for Liperis who turned 29 just two weeks ago. This was the Birmingham pro’s first GUKPT title although he has come close several times before: runner-up at GUKPT Blackpool in 2015 and second again in Luton this year, beaten heads-up by Neil Mcfayden, as well as fourth at GUKPT Walsall last year.

His Blackpool victory – achieved after one of the longest final days of the year – brings his lifetime tournament winnings close to $1.2 million. Others who cashed in the £200k guarantee Main Event include Grosvenor Ambassadors Andy Hills and Jeff Kimber along with GUKPT Passport winner David Gee.

MainEvent Travel has been sponsoring the GUKPT all in triangles throughout the year so do look out for them on the GUKPT Grand Final live stream from tomorrow.