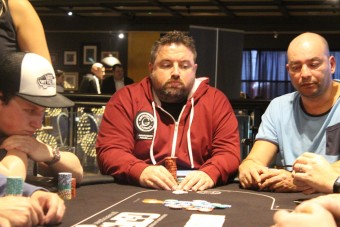 One of the best UK tourneys of the year starts tomorrow with the GUKPT Grand Final Main Event at the Poker Room above the iconic Victoria Casino. The tournament comes with a £400,000 guarantee and is set to attract some of the UK’s top players including Grosvenor Ambassadors Jeff Kimber, Will Kassouf, Joe Beevers and Katie Swift.

We are the tour’s Official Travel Partner and have great deals for London hotels including the luxurious Marriott at Marble Arch and Hilton Metropole at Edgware Road, as well as some great nearby budget options.

The GUKPT is the longest running poker tour in the UK and has featured nine legs in total during Season 11 including a hugely successful 314-entry GUKPT Blackpool last week, plus visits to Manchester, Edinburgh, Walsall, Leeds and Luton, and two stops in London. This year’s champions include GUKPT Passport winner Andy Hills, who took down GUKPT Manchester in March, GUKPT legend Ali Mallu who won GUKPT Reading in May and John Eames who won GUKPT Luton last month.

Grosvenor Ambassador Jeff Kimber says it’s been an amazing year on the GUKPT with more Grosvenor qualifiers than ever before. He said: “2017 has really been great – and the biggest and best tournament is yet to come! The Grand Final has £400k guaranteed, an amazing structure and a great range of entrants, from superstar pros to recreational players.

“More seats than ever before have been won online at GrosvenorPoker.com for this and every other 2017 leg, with plenty also qualifying live and the Tour is going from strength to strength. I’m really excited for the Grand Final this week, the best comp in the UK this and every year.

“For me personally, I’ve had three Main Event cashes and one side event win, which I’d say is okay but could do better. A good Grand Final festival could change all that though…”

British poker pro Marc Wright was last year’s GUKPT Grand Final champion after beating a 276-entry field for a career-best score of £132,380. Wright, now 30, turned pro after quitting his job in retail to concentrate on the game. The last GUKPT in Blackpool was won by Daniel Corbett for £87,280.