Belgian poker pro and TV personality Christophe De Meulder has won the award-winning Unibet Poker Belgian Championship Main Event for a career-best cash of €42,020. The 30-year-old from Antwerp beat a tough field of 438 entries to take down the €550 tournament which was held in the buzzing seaside resort of Blankenberge from August 29 to September 2. 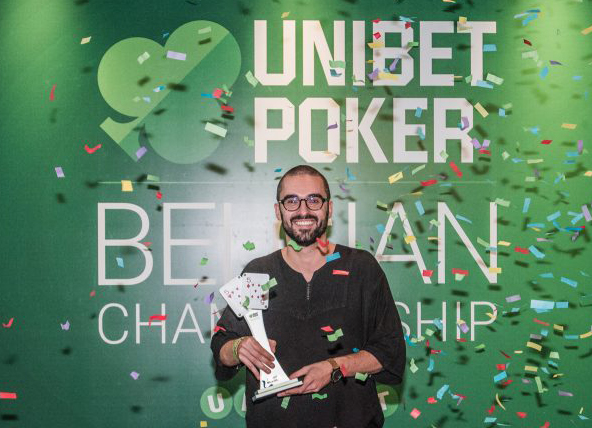 De Meulder, who became a TV star at the age of 10 when he and his twin brother Matthias presented a TV show interviewing celebrities, now has nearly $450,000 in live tournament winnings. He and Matthias also starred in Expeditie Robinson, a Dutch Survivor-style TV reality show.

De Meulder has competed in all three Unibet Poker Belgian Championships and has nothing but praise for the award-winning event. He said: “Really, there’s nothing I can say wrong about any of it. Unibet’s slogan is ‘By players, for players’ and it’s really true. Everything is so well organised and it’s almost impossible not to have a good time, whether you do well or not. Last year I didn’t cash or anything, but still had a very nice experience.”

Forthcoming Unibet events include the Unibet Deepstack Open Malta which starts on Wednesday, USDO Cannes from September 28 to October 1 and USDO La Gande Motte at the end of October. The Unibet UK Poker Tour visits Brighton from September 28-30 and Manchester in December.