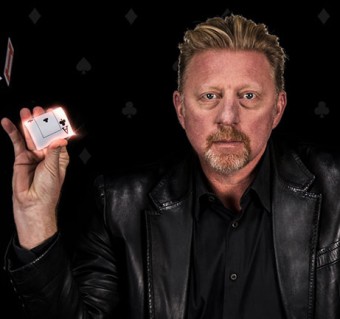 partypoker has announced that German tennis legend Boris Becker is to be the newest ambassador for the brand. Alongside the new partnership, next year will see the new partypoker MILLIONS tournament, guaranteeing £1,000,000 to the winner and boasting the biggest ever guaranteed prizepool in Europe of £6,000,000. Players from Germany – and around the world –  can compete online or at the live event at Dusk Till Dawn in April 2017.

Boris Becker, six-time major singles winner, said: “I am equally competitive at the poker table as I was on the tennis court, so I’m really excited to be partnering with partypoker and taking on players around the world. I learnt to play poker a long time ago; it’s a game of skill and perseverance, so I’m hoping to use my experience on the tennis court to my advantage. partypoker has  some world class tournaments coming up and I look forward to playing online as well as  live at the partypoker MILLIONS in April, so see you there!”