Back to the tables for Katie Swift 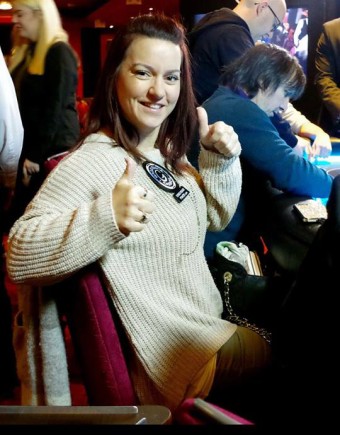 Grosvenor Ambassador Katie Swift has had a busy Christmas and New Year but she is now gearing up for an exciting return to live poker at GUKPT London.

MainEvent Travel sponsors the GUKPT all in triangles so do look out for them on the live streams from GUKPT Season 12. We have loads of hotels near the Vic so do check out MainEventTravel today.

Working mum Katie, who has won more than $260,000 at live events, will be playing Day 1b of the £200,000 guarantee Main Event on Friday. Also competing are fellow are Grosvenor Ambassadors Jeff Kimber, Will Kassouf and Rick Trigg as well as 2017 Passport winner Andy Hills and MainEventTravel.com's Fraser MacIntyre who has just enjoyed back-to-back cashes at the PokerStars Festival London: 18th in the High Roller and 44th in the Main Event. Joe Beevers will make a relatively brief appearance - to play the PLO event.

She said: “After a couple of months resting from the live poker scene, I’m ready to be back at the tables! I’m very much looking forward to starting GUKPT Season 12 with the London leg. I’m sure it will be full of fun as always, as well as providing lots of quality poker.

“It is a popular leg of the tour that offers the opportunity to kick start 2018 with a chunky cash win, which will obviously be my aim.” 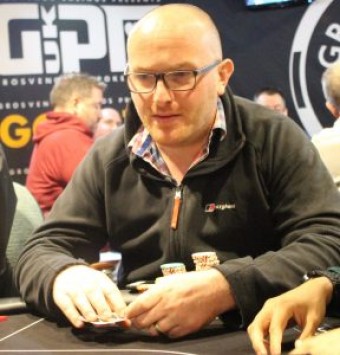 London will also be the first event to be played by the new GUKPT 2018 passport winner, David Gee. After topping the leaderboard during the Grosvenor Championship of Online Poker (GCOOP), he has won entry into every GUKPT Main Event in 2018 as well as accommodation organised by MainEventTravel.com. The whole package is worth £12,000. The GCOOP was Grosvenor Poker’s first ever online poker festival and featured 20 events from November 26 to December 3.

David also enjoyed success on the live tour last year with a final table at GUKPT Leeds. He bust 2017 Passport holder Andy Hills en route to a fourth place finish in Yorkshire for £11,050.

Katie added: “I’m looking forward to welcoming David to the team and congratulating him on his fabulous win. I’m also looking forward to following his progress throughout 2018 and seeing if he can emulate Andy, last year’s Passport winner.”

Grosvenor Casinos is welcoming poker enthusiasts from all across the UK for a week of fun poker action at the GUKPT London festival. As well as the packed schedule of satellites and tournaments, there will be plenty of cash games on offer. The GUKPT is the longest running poker tour in the UK and now about to embark on its 12th season with nine events in total, right across the UK.