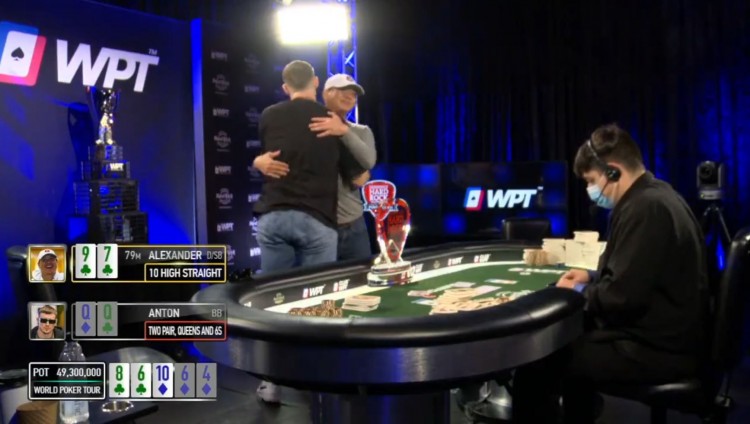 The WPT’s 20th season has got off to a cracking start in Hollywood with a fiercely-contested battle at the WPT Lucky Hearts Poker Open. Alexander Yen beat Swedish tournament crusher and EPT champion Anton Wigg heads-up for his first major title and a $975,240 first prize. It was a career-best cash for the American who has had a good run of it of late; his previous best cash came only three months ago with a third place worth $74,239 in a WSOP PLO event.

The WPT was one of the first major live poker event operators to promote its 2022 schedule with dates confirmed for the first half of the season, featuring three Main Tour events, an online event and a slew of WPT Deepstacks festivals.

The WPT Seminole Hard Rock Poker Showdown is next up with a $3,500 buy-in Main Event running from April 8-12. There will be two Day 1s – on April 8 and 9. Last year, the event broke the record for the largest ever field in a live WPT event with 2,482 entries and a $7,942,400 prize pool. Brek Schutten took home $1,261,095 and etched his name onto the Mike Sexton WPT Champions Cup after outlasting the gigantic field.

The third WPT Main Tour stop of Season XX is at WPT Choctaw at Choctaw Casino Resort in Durant, Oklahoma. Now in its seventh year, WPT Choctaw has become a staple of the World Poker Tour. Last June, 964 entrants built a prize pool of $3,272,780 to easily smash the $1 million guarantee.

The first half of this year’s schedule also includes a trio of WPT DeepStacks events on three separate continents. The first is WPTDeepStacks Amsterdam at Holland Casino from March 25 – April 2. The WPTDeepStacks Main Event buy-in is €1,100. Players in Australia will then get their shot at WPT stardom with WPTDeepStacks Sydney at The Star in Sydney, Australia running March 30 – April 11. The festival features an AUD $1,500 buy-in Main Event.

Following the visit down under, it’s then back to the USA for WPTDeepstacks Thunder Valley in Lincoln, California from April 19 – May 1, with a $1,500 buy-in Main Event. More Season XX events will be announced at a later date.

To coincide with the first event of its historic 20th anniversary season, the WPT has launched a new Player of the Year system. Beginning with the Lucky Hearts Poker Open event will now count towards the WPT POY race. This includes every Main Tour event, as well as every WPTDeepStacks event.

Players are competing for $30,000 in POY prizes this season. The eventual winner will receive a $15,000 WPT Passport, which can be used in any WPT event around the world. The runner-up and third-place finisher will take home a respective $10,000 and $5,000 WPT Passport.